← 6 Horrific Realities of Living With a Bedbug Infestation 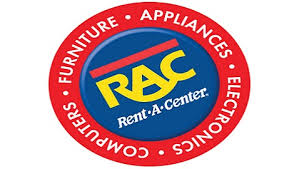 COLUMBUS, Ohio – It is no secret central Ohio has a bed bug problem. As recently as this past summer, extermination company Terminix ranked Columbus as fifth worst in the nation based on the number of bed bug-related calls. The parasites have infiltrated nearly every aspect of our community from hotels to theaters to schools and businesses. 10TV first told you about a possible problem with bed bugs at a Licking County Rent-A-Center in July. A Newark man claims bed bugs entered his home from a mattress he got from the company’s Heath location. Since that story aired, 10TV received complaints about bed-bug infested furniture from viewers across central Ohio, including Columbus, Logan, Marion and Portsmouth.“It was just a few, but it was just enough to drive me crazy,” Portsmouth resident Mike DeLong said about a recent battle with bed bugs.DeLong says he bought a couch and chair from a Portsmouth Rent-A-Center in the summer of 2012. He says it was not long after that when he began to notice bed bugs and suspected they were coming from the couch.“I flipped it over and when I did, I found like one or two dead ones that were up inside the couch,” he said. “I even tore all of the stuff out from the bottom of the couch and chair, ripped it all out, sprayed it all up inside because I couldn’t afford to buy a new couch.”He said he was offered no help from the store after telling them about the bedbugs.“Of course the manager says, ‘No, we don’t have nothing like that,’ but one of the girls that worked in there said, ‘yeah, we did’.”Ohio Attorney General Mike DeWine says his office has received five bed bug complaints for Rent-A-Center since 2010 and nine for Aaron’s since 2011.DeWine says those numbers do not indicate a pattern at this point, but he says there are likely people who have had problems without contacting his office.“I’m sure there are a lot of people out there who had a problem and they never called or thought to call the Attorney General’s office,” he said.DeWine says the stores would be violating the Consumer Sales Practice Act if they knowingly sold furniture with bedbugs.“Ultimately, they have the responsibility not to send out furniture that has bedbugs in it so they’re going to have to do whatever they have to do to make sure that does not happen,” DeWine said.Rent-A-Center officials say they take every step they can to keep bed bugs away from their furniture.“I can tell you that we visually inspect everything that comes in and out of our stores,” said Xavier Dominicis, Rent-A-Center’s Vice President of Public Affairs. “We use a sanitization agent in accordance with the laws of each state and we use a licensed exterminator that routinely inspects our stores.”Aaron’s also says it works to protect its furniture from bed bugs. The company issued the following statement: “Aaron’s, Inc. cares about our customers and associates.  That’s the value we’ve built the business on for 58 years.  When a concern is raised with us, Aaron’s fully reviews the matter and works diligently with our customers in an attempt to keep them as fully satisfied customers.  Each and every customer concern is taken seriously, including any report of bedbugs. The National Pest Management Association reminds consumers that bedbugs are very elusive, transient pests.  Bedbugs can attach to clothing or luggage when traveling, can spread rapidly from apartment to apartment or room to room, and hide in cracks and crevices in furniture or baseboards.  While it is well understood that it is extremely difficult to determine the source of bedbugs, Aaron’s has a robust Quality Assurance program that includes inspection and treatment of its merchandise prior to lease or purchase by a customer.  Timing issues also compound the difficulty in determining the origin of bedbugs.  Additionally, there are many other differentiating factors involved in reports of bedbugs and Aaron’s approaches each issue as an individual incident and works toward a mutually agreeable resolution based upon the particular facts involved.  Aaron’s has partnered with Orkin, the nation’s largest pest control management company, who not only provides professional pest control management services for our stores, but their experts have reviewed and approved our Quality Assurance Program regarding bedbug inspection and treatment. “ But DeLong says his experiences have taught him that store bed bug policies are not 100 percent effective.He says when renting or buying used furniture, all customers should thoroughly inspect the items themselves.“I didn’t and I really should have,” he said.It is advice that DeWine also suggests.“I would inspect (furniture) very, very carefully. I would inspect it before it ever left the showroom,” he said.DeWine urges anyone who has experienced similar problems to file a complaint with his office.

← 6 Horrific Realities of Living With a Bedbug Infestation